Matthew Fink gives his two-cents on the film adaptation of "Cats." He would not give it a round of ap-paws. 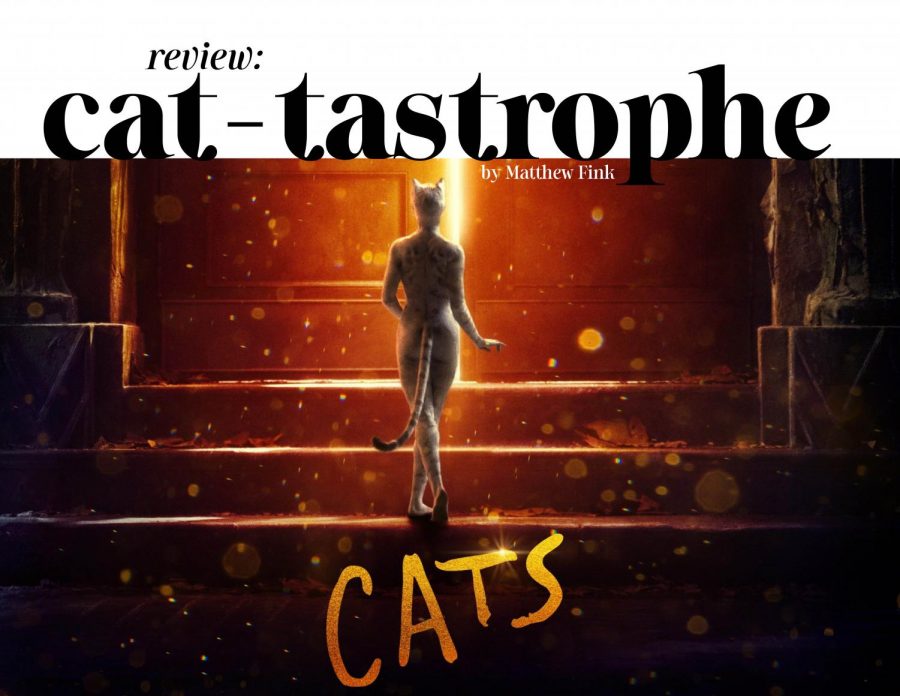 One day in December, a group of friends and I thought that it would be a funny idea to go and see the new Cats movie that Amblin Entertainment and Working Title Films had released a week prior. We went in with very low expectations, however, the film exceeded even our most pessimistic projections. The fundamental problem in Cats is that it is meant for a live performance on the stage, not the big screen.

Cats was not an enjoyable film to watch, as it felt like a cheap remake of the original musical that premiered in 1981. Alongside being straightforwardly unenjoyable, Cats was painful to watch. One thing that really encapsulated this was the awkward delivery of dialogue in the movie. Near the end of the film, Old Deuteronomy, an older cat played by Dame Judi Dench, delivered the line “A cat is not a dog.” This was funny for all the wrong reasons– to start, the line feels awkward and unprofessional for a film, let alone a musical. Another bothersome feature of the film was the sets. It appears that they tried to make it seem like all of the actors in the film were on a Broadway-like stage, and while this is a good idea on paper, it did not turn out well when translated to film. All of the backgrounds look like jpegs, with very few exceptions; one being a background that used lighting to complicate an otherwise dull scene. The only enjoyable aspect of the movie was how laughably bad it was. During one of the most climatic and emotional scenes, one guy in the theater burped louder than the film. This experience told me that the people around me overshadowed the actual film, and made it more enjoyable than it actually was.

In summary, Cats is a movie that you should only see if you have a group of friends or family to go with. Without that, the film will be so much less enjoyable because of how severely bad it is in reality. But even if you do have a group of friends, I would highly suggest seeing a different movie, as it is not worth your time or money to see Cats. The one thing I was thinking when I left the theater was, “meeoouch, that hurt to watch.”
2/10: Fur-get it
To learn more about the film, click here.