The McRib is Back, Baby

The McRib makes its long-awaited return to the McDonald's menu after leaving McRib lovers missing its taste for about eight years. 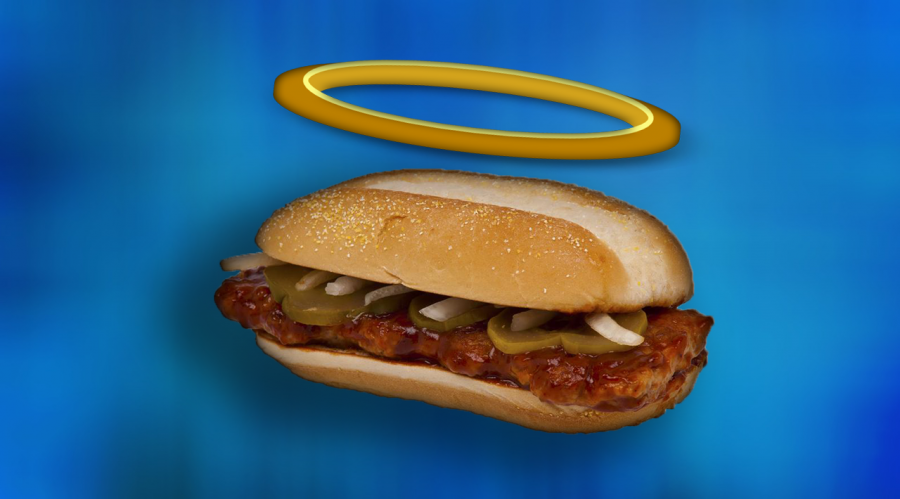 The McRib is back. Made by Matthew Fink.

by Matthew Fink, Editor in Chief

Finally, after a month of waiting, Dec. 2 came, and I went to my local McDonalds’ to order the critically acclaimed McRib that had been kept from the public since 2012 when it was last released for a limited time. Back then, I had no idea the McRib even existed, so I missed out on the opportunity of the decade. But now, I, alongside everyone else, have a small opportunity to enjoy the rare meal, and who knows how long it will be gone for after it leaves this time. A year? A decade? A century? This could be the only time in our lifetime that you can get a McRib, so I highly suggest at least trying it at least once. Now, here is the actual review of the McRib.

If you couldn’t already tell, I really enjoyed the McRib. It includes a delightful pork patty slathered in BBQ sauce, as well as tasteful shredded onions, and also… pickles. Now the thing about pickles, is that I normally don’t enjoy them. However, on the McRib, it is necessary to complete the sandwich; without them, you are missing a third of the taste. All of the ingredients come together to form the flavor of the millennia.

In conclusion, the McRib is a meal for people who enjoy good food. So if you do not like good food, then this meal is not for you. Sorry. But for the rest of us, go to McDonald’s as soon as you can, and order the McRib. You will not regret it.