If you like skateboarding and being entertained, you will love this video. 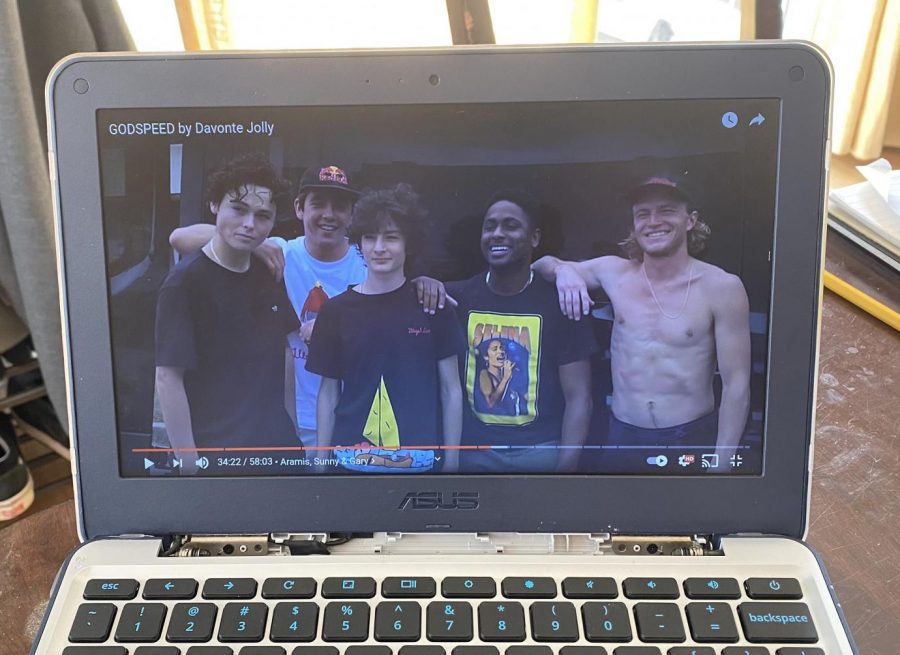 Illegal Civilization is “the first teen movie studio” that specializes in making skate videos and skateboarding-related movies. They made a 58-minute skate video that aired on Christmas Day. This video was posted to the Illegal Civ Youtube channel for free. Illegal Civ gave the skate scene a big present with their video “Godspeed.”

“Godspeed” is a video shot by Davonte Jolly (who is Davonte in relation to the skate industry). Davonte Jolly is a Youtube Content Creator and Skate Videographer. You might also know him from the video series “A DAY WITH THE HOMIES”. Mikey Alfred(CEO of Illegal Civ) gave Jolly full control over making Godspeed. Jolly did everything from filming, editing, and even thinking up the name for the skate video. Godspeed features many big-name skaters such as Alex Midler, Robert Neal, and Ishod Wair. It focuses on documenting some of Jolly’s friends’ skateboarding. It also gives insight into the personalities and real lives of these skaters.

I skate almost every day with my friends and watch skate videos a lot. The day “Godspeed” came out, my friend and I watched it. “Godspeed” is about showing that skateboarding is all about having fun and building relationships with people. I think it was a big deal to the skate community because it is a video that is fun, motivational, and great to watch with friends. I feel that it can pave the way for better skate videos because it showed who the skaters are as people. I think that would be a huge step forward. I won’t spoil anything else, so if you even remotely like skateboarding, you will love this video.

My favorite moments were the 270 spin (56:40) (you’ll know if you watch it), Robert Neal’s switch heel flip on the beat drop (2:58), and Na-Kel Smith’s hardflip (42:30). The part that stuck out to me was Midler’s part for the pure power in his skating. Also, Zach Saraceno had an amazing part as well just because of how clean it was. I personally loved this video because every second was entertaining. Every time a skater’s part was finished, they would include a b-roll (additional footage in between the parts) to get you ready for the next part of the video.

The music in Godspeed made every part of the video a rollercoaster. There would be one scene that got you hyped with upbeat music and the next would make you calm down and admire the tricks. This is one of the reasons the video is so easy to get through in one sitting. There are also different skate groups shown in the video and this is because this video is supposed to set up everyone in the video to get more recognized. The video features skate groups such as Hardies Hardware, The Homies (Jolly’s other friends), and other skaters out of Atlanta.

Warning: This video could be deemed inappropriate for some viewers because there are scenes of drinking, smoking and blood.