Take a look into how students are preparing for the upcoming snowstorm. 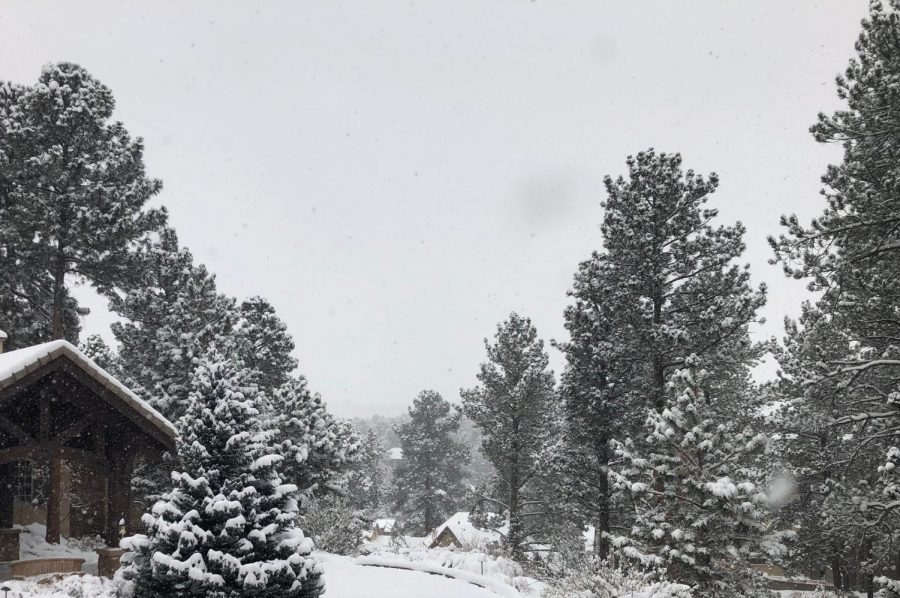 by Matthew Fink, Editor in Chief

Colorado is expected to receive a historically big snowstorm over the coming weekend. Prior to the upcoming snowstorms, grocery stores have been packed with people preparing for the worst. As the beginning of Spring Break approaches, some students are changing their plans for how they wanted to spend this first weekend.

The Weather Channel predicts that there will be 24’ + of snowfall through Monday, much more than the last snowstorm, which gave about 6 inches of snow in Castle Rock and resulted in the last snow day of the year.

“I’ve never really been in a big winter storm like this one, but it sounds kind of fun to me,” Joshua Rivera ‘22 said. ”I’m excited to see quite a bit [of snow] in my neighborhood. [I’m looking forward to] snowboarding down the road.”

Due to the start of Spring Break, many students are able to avoid the upcoming snowstorm by leaving the state before it happens.

“[I don’t have to prepare because] I’m actually going to Florida, so I will avoid the snow.” Cade Williams ‘22 said.

For those who are not avoiding the snowstorm, they have had to deal with hectic grocery stores as people stockpile food and supplies to last over the snowstorm.

“We already have a little apocalypse bin,” Markayla Mandrell ‘21 said. “But my mom went to the store yesterday, and my dad just got gas for the snowblower. So we won’t be too impacted by the snowstorm.”

The heaviest snowfall is expected between Friday night and Saturday afternoon, according to the Weather Channel.