With Wasp Season Right Around the Corner, Many Fear the Onset of the Hive-minded Creature. Guest Columnist Jared Engerman Gives his Satirical take on the Matter. 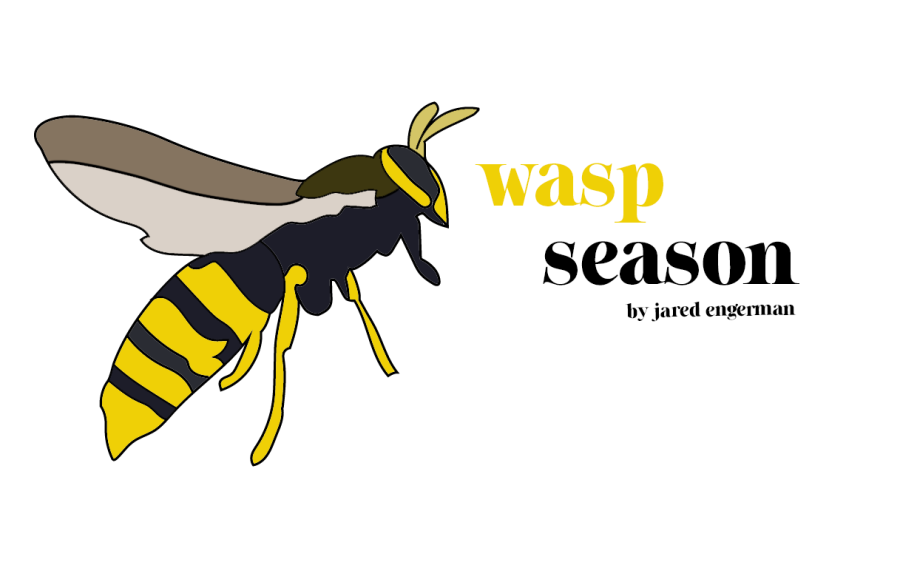 Wasp season is nearly upon us. For many, that means fear, pain, and sweltering inconvenience. However, for the vast majority of Americans, the arrival of wasp season indicates new beginnings, economic advancement, and the onset of a new era of social mobility. Regardless of its consequences, everyone should be prepared for its arrival.

So, when is wasp season? In all honesty, nobody really knows. Rose Pest Solutions says that this season occurs between the months of July and September. A website known only as “Mom.com” says it’s only June and July. Anypest claims that the wasp season stretches all the way from early spring until late fall.

So, what should we take away from this? Is the conclusion that the writers of these websites come from different climates or states, or even “countries?” That perhaps, in different parts of the world, wasp season takes up different, but equally beautiful, portions of the year? Perchance. Perhaps, even. But no, that’s not the point. Nobody really knows when wasp season is, was, or will be. It’s as unpredictable as the waves in the sea, the weather in the sky, or the encryption methods of the popular data service “Cloudflare.”

What then, is the point? If we don’t know when wasp season is, how can we adequately prepare for it? That’s the beauty of the thing, really. With wasp season always around the corner, however you feel about it, one must always be prepared for its arrival. One must remain constantly vigilant-perpetually observing the shadowed corners of bushes and eaves in silent patience for the wasp queen and her infinite paper nests to arrive.

That’s great and all. But if you’re like me, you’re probably wondering where this article is headed. You’re probably asking yourself, “What does all this mean?” This is certainly the right question to ask, and the one I’ve been asking myself the entire time I’ve been writing this. That’s certainly what other people are asking themselves, too.

“What does this even mean?” Quinn Pogge ‘22 asked when he was shown this portion of the article.

You know what else is unpredictable? What else comes and goes with the fluid rapidity of the tides in the sea? Youth. The carefree days of one’s early life, when they figure out what it means to be human, what it means to dream, and what it means to be an American. Youth shares more than its unpredictability with wasp season. Like wasp season, many don’t appreciate their youth-they focus on the negatives-the stings, as it were. Focusing on the stings, though, lets it slip out of your hands like sand through your fingers. In youth and in wasp season, you must focus on the beautiful moments.

“On the sunset of my dying youth, um, no comment,” Cameron Maynor ‘22 said, when asked if he felt like his youth was slipping away from him.

Maybe he was distracted.

“Yes. Without a doubt,” Pogge said.

The solution to this issue is simple, in my mind. Prepare less. Feel more. Don’t run away from the wasp-put it in a water bottle. Create chaos. If every day of your life has the possibility of being new and exciting, all of them will. What’s the best way to make each new day exciting? Seek out the wasps, no matter when they come.