Guest Columnist Andi Mack Takes on the Meaning of Life Through Comparison of Humans to Other Animals. 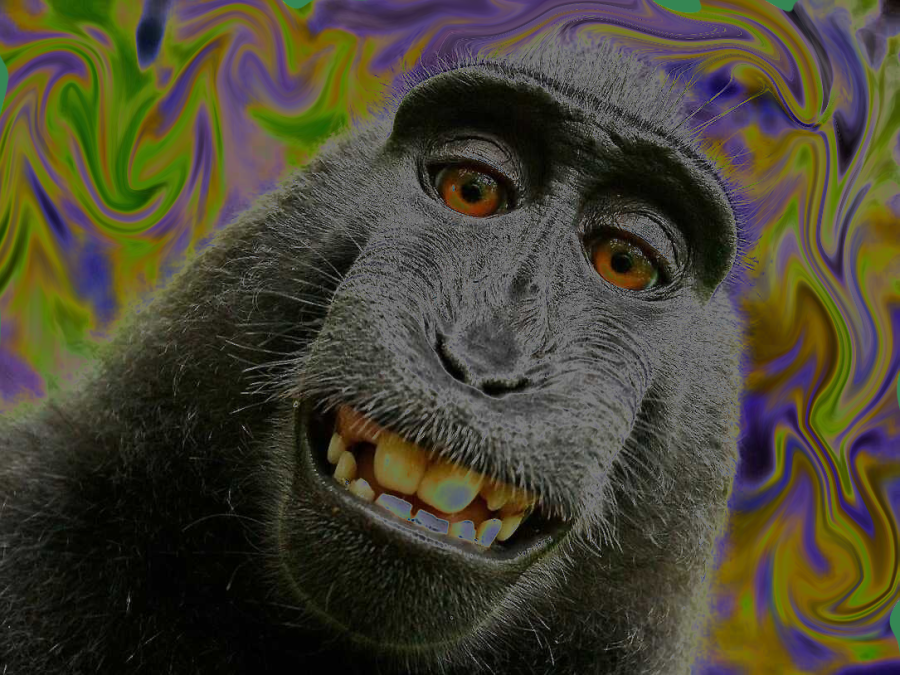 PETA sued photographer David Slater over this image. They claimed that he “infringed” the monkey’s “copyright” by releasing his self-published book Wildlife Personalities, which included the monkey selfie. Long story short; PETA lost.

I had an insight earlier this week because I was once again trying to figure out the meaning of life. More specifically, why it exists. I concluded that it exists simply because it can. This conclusion initiates an occurring thought that won’t leave my head; I see humans as monkeys. No- no no… not exactly, that is a VERY broad description of what I’m trying to say.

It is kind of true though. Every time I look at a person, I can’t help but piece together the mechanics of their senses. I see their eyes as cameras and skin as leather, but in an animalistic way. To me, they are a chameleon, freaking out and darting everything at once. Their limbs, their head, their eyes, their mouth, all twitching and moving at the same time. I can imagine the blood vessels running under their face, pumping and pulsing sporadically. I can imagine their innardly muscular coat glistening with liquid. Imagine if you could only see the inward epimysium on humans. That would be disgusting.

Life will fester its way into any groove or crack of suitable condition. Then, it will accustom itself anywhere, no matter how odd or freakishly it may choose to do so. It will exist because it can. From the peculiar evolutions over time, life will constantly become greater and more complex, and it will take different forms of itself from mutation. The mutations go off on their own and progress, either lesser or greater than the others.

I ask, why would it be wrong for me to see humans as freakish monkeys? Arguably, humans could be less than water fleas or squids or elephants. Plus, I doubt that animals ever think of themselves as wrong. Animals do what they need with pleasure. They do not overindulge themselves or complain unless there is an issue or threat. Animals are perhaps the smartest creatures on Earth, simply because they live carefully and carefreely. Alas, humans are animals too.