“Not So Pretty” Docuseries Review: the Hidden Toxins in Your Self-Care Products

Grace Uhrain gives her take on the April 2022 documentary “Not So Pretty” and offers suggestions for you to be a more conscious consumer. 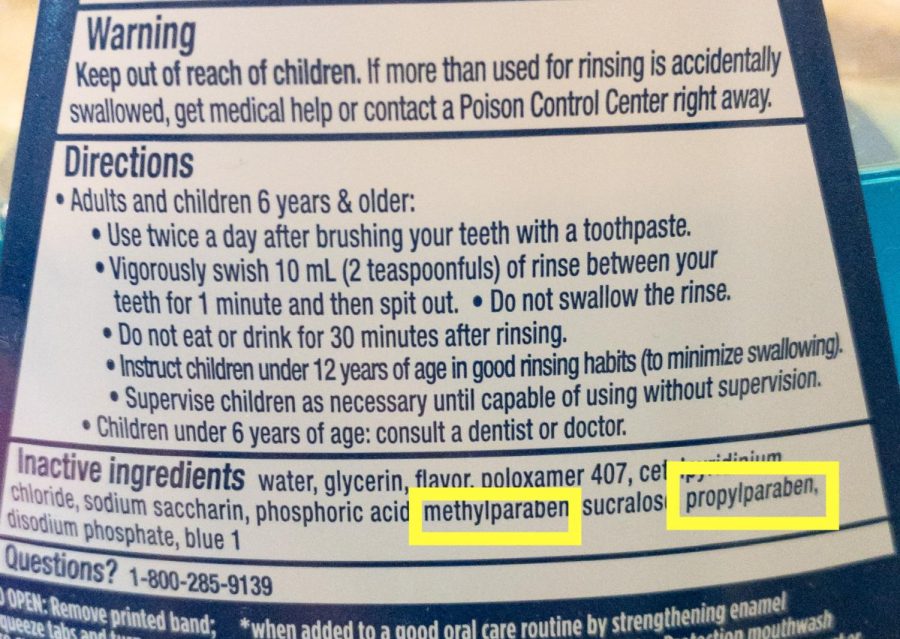 Two ingredients on a bottle of mouthwash are highlighted to show the prevalence of unhealthy chemicals in self care products.

Picture your morning routine. You take a shower, wash your face and hair, put some lotion on your hands, and maybe some makeup on your face. Despite this routine being seemingly harmless, the products you use on a daily basis could be harming you.

The HBO Max docuseries “Not So Pretty”, narrated by Keke Palmer, explains in depth some of the toxic chemicals that could be lurking in your self care products.

Purpose: According to the Frenshe blog, director Amy Ziering decided to make the docuseries after hearing from a clean beauty brand what harmful chemicals could be in her skincare products. After more investigation, she asked Kirby Dick to join her.

Engageability: Although two hours may seem lengthy for a documentary, this is broken up into four, engaging, bite-sized episodes, often in the form of many personal anecdotes and shocking revelations. I particularly enjoyed that each episode was focused on a specific aspect: makeup, nails, skincare, and hair care.

Perspectives: The docuseries covers the impacts of the toxic chemicals on many different groups of people. For example, the documentary focuses on the dangerous products advertised specifically to women of color. The skincare episode focuses on some of the impacts on both women and men. The only perspective the docuseries seems to be lacking in is that of the product companies: what are they trying to accomplish by adding these chemicals into their products?

Factual evidence: The docuseries presents several studies such as one examining the presence of talc in children’s makeup and backs it up with lab data. The producers interview specific people impacted by the cosmetic industry. For example, they interviewed two people who developed mesothelioma, a type of lung cancer, after using products containing talc, a mineral that often contains asbestos. The docuseries also consulted professionals in the nails industry who developed severe illness after working in salons for years. In the first episode, the docuseries gives the viewer more context by discussing past allegations against several companies, primarily Johnson and Johnson. The narrator, Keke Palmer, explains that talcum powder, used in Johnson and Johnson’s baby powder, contained high amounts of asbestos, leading people to get cancer from product use.

Actionable suggestions: The docuseries offers multiple actions that an individual can take to avoid harmful ingredients in their personal care products. The docuseries recommends avoiding products that include ingredients such as talc or “fragrance”, a broad term that companies can put on their packaging without disclosing the exact ingredients. However, the docuseries does not offer solutions directly to companies or governments, as the main focus is on the consumer.

I would give this documentary a full rating of five out of five stars, considering that each component (length, engageability, perspectives, factual evidence, and actionable suggestions) was done very well. I would suggest that anyone who is interested in their health watch this documentary because it explains the hazards of the self care industry perfectly.

The docuseries is currently available on HBO Max.