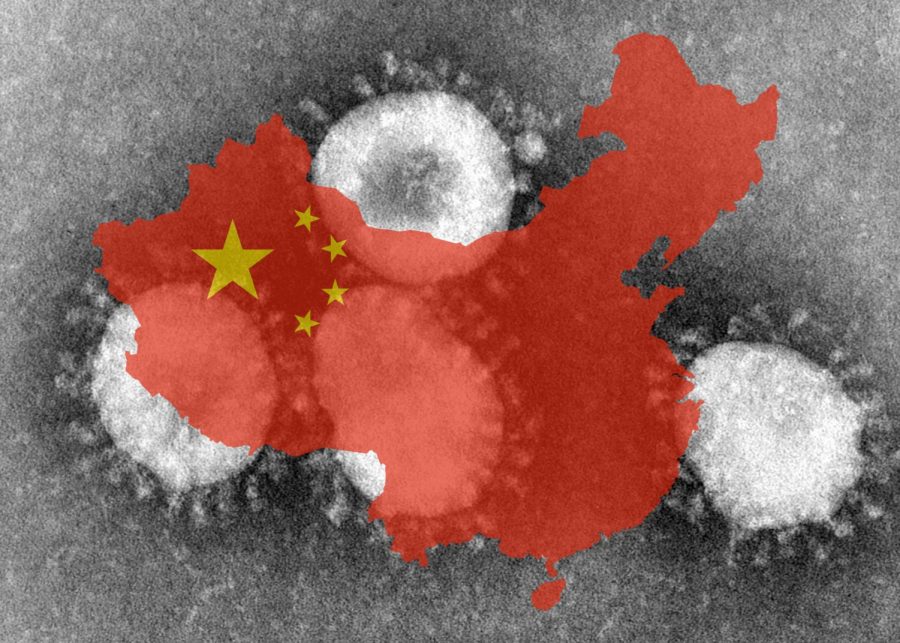 The panic surrounding the Coronavirus revolves around the outbreak in Wuhan, China. (Photos labeled for reuse with modification on Wikipedia.) Photo illustration by Kira Zizzo.

An Outbreak of Racism Follows the Spread of Coronavirus

Op-Ed: As the Coronavirus spreads, it dominates the media, stimulating a widespread panic that has unearthed racist ideologies.

Since the beginning of 2020, alarming headlines about the Coronavirus, infecting those in Wuhan, China, incited a panic around this respiratory illness. Worldwide fear and hysteria drive while logic and reasoning take a backseat. In a scramble to place blame for the escalating outbreak, the public turns to people of Chinese descent or even those who they believe to bear a resemblance to Chinese people.

A common misconception surrounding the Coronavirus is that there is simply one Coronavirus that started in China. There are seven Coronaviruses and not all of them are unfamiliar on a global scale. The Middle East Respiratory Syndrome Coronavirus originated in Saudi Arabia in 2012, which has affected people in over 25 other countries, according to the CDC. The Coronaviruses mostly impact animals, residing in many camels and bats, but in these rare cases, the virus developed and spread among humans. The symptoms may present themselves as a cough, fever, or even pain in the chest, according to the Mayo Clinic.

In China, thousands of residents are infected with the Coronavirus, and there have been almost 500 fatalities, according to CNN Health. Meanwhile, in the United States, 12 cases of the Coronavirus have been confirmed and one death has occurred, according to the New York Times. In the 2019-2020 influenza season, ABC News reported that there have been 180,000 hospitalizations due to influenza and 10,000 deaths as a result in the United States. The CDC estimates that there have been over 19 million people infected in the U.S. alone.

Such public fear and frenzy is surrounding the Coronavirus, while influenza claims an exponentially larger amount of lives. The Coronavirus is relatively new, inciting panic in fear of the unknown. Currently, this public fear around the Coronavirus has been the cause of blame on those who are Chinese for spreading a new illness.

Aspen Shih ‘22 has been on the receiving end of the racism and blame for the Coronavirus. She made her way through hazardous weather conditions and slick roads for a 40 minute drive to the Denver Museum of Nature and Science. Feb. 8. These conditions caused a snow day the day before. She volunteered at the Expedition Health exhibit on Saturday, as she had done for the past four years, but this time, she was met with assumptions and accusations due to her appearance. Shih is Taiwanese and Malaysian, but a woman at the exhibit profiled her to be Chinese, subsequently instructing her to exit and retire to a hospital in a condescending tone.

“At the time, I was shocked and I didn’t know how to react. I was worried about any other people she may have said that to,” Shih said.

This is one of the numerous situations where racial discrimination and culpability manifested. Everyday instances of racism occur within the walls of the school. A group of students has been overheard discussing how they avoided the nail salon in fear of contracting the Coronavirus. I witnessed another student pulling the corners of their eyes and coughing in an exaggerated manner, while his friend group roared with laughter.

Playing the blame game is simply borrowing from the United States’s past. The Chinese Exclusion Act of 1882 was approved due to the paranoia and fear of Chinese workers bringing disease with them to the United States. This was a moment in history where Chinese immigrants were painted as scapegoats in a mural of sickness. The triad of diseases they faced blame for were Smallpox, Malaria, and Leprosy. This era’s editorial cartoons deprecated Chinese immigrants, reducing them to be diseased and unclean. A cartoon from Puck Magazine in 1883 depicted the New York Board of Health hurling acid at incoming Chinese Immigrants depicted as skeletons with Chinese attire. The caption reads “The kind of ‘assisted emigrant’ we cannot afford to admit”.

The unease and distress surrounding the Coronavirus unearthed and resuscitated antiquated, racist ideologies. This has fabricated a racial rift, where Chinese people and those believed to be Chinese face blame for the spread of disease while influenza silently claims lives.