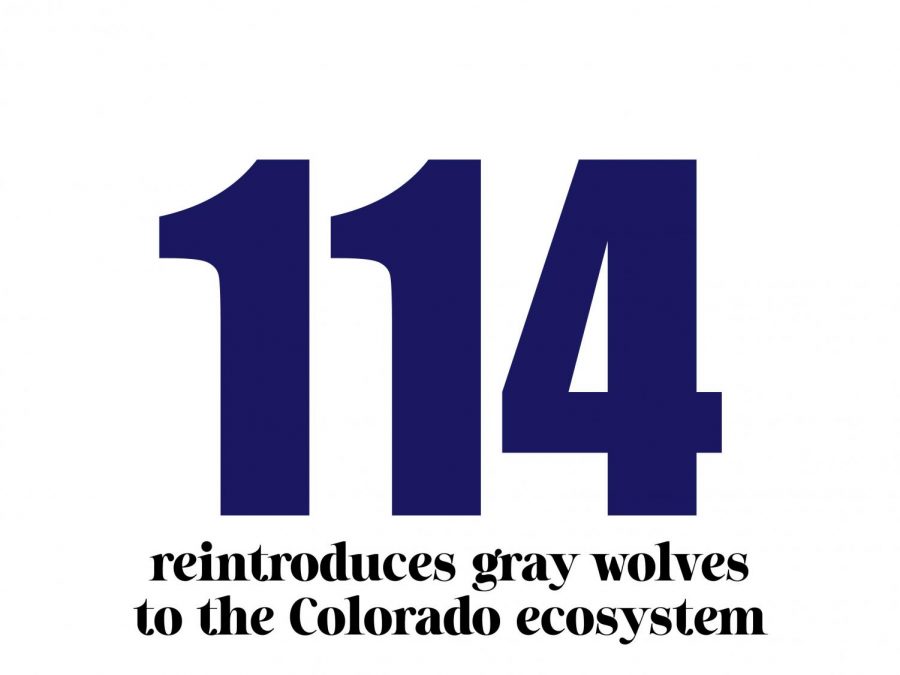 BACKGROUND: Gray wolves have not lived in Colorado for many years, but their presence in our ecosystem is needed to maintain proper levels of the animals on which they prey. Reintroduction would be on the western side of the part of the continental divide that runs through Colorado, and the Colorado Parks and Wildlife commission (CPWC) would head their reintroduction and figure out how to use their share of state funding to compensate for land or livestock loss due to gray wolves (Ballotpedia).

WHAT A VOTE “YES” MEANS: Voting yes allows the CPWC to put gray wolves back into Colorado’s ecosystem (Ballotpedia).

EXPLANATION: The animals on which gray wolves prey don’t over-consume land resources or other animals in the food chain and would help make sure gray wolves do not go completely extinct (Ballotpedia).

“I believe [gray] wolves should be reintroduced to Colorado and in other areas because they are beneficial to maintaining population control of other species. Gray wolves may be dangerous, but they deserve the same rights to a life outside of captivity as any other wild animal,” Andrew Ruder ‘21 said.

WHAT A VOTE “NO” MEANS: Voting NO would not allow the CPWC to place gray wolves back into the state.

EXPLANATION: Reintroducing gray wolves would harm animals in Colorado’s ecosystem that have been surviving because of the absence of gray wolves, such as deer and other animals already struggling (Ballotpedia).