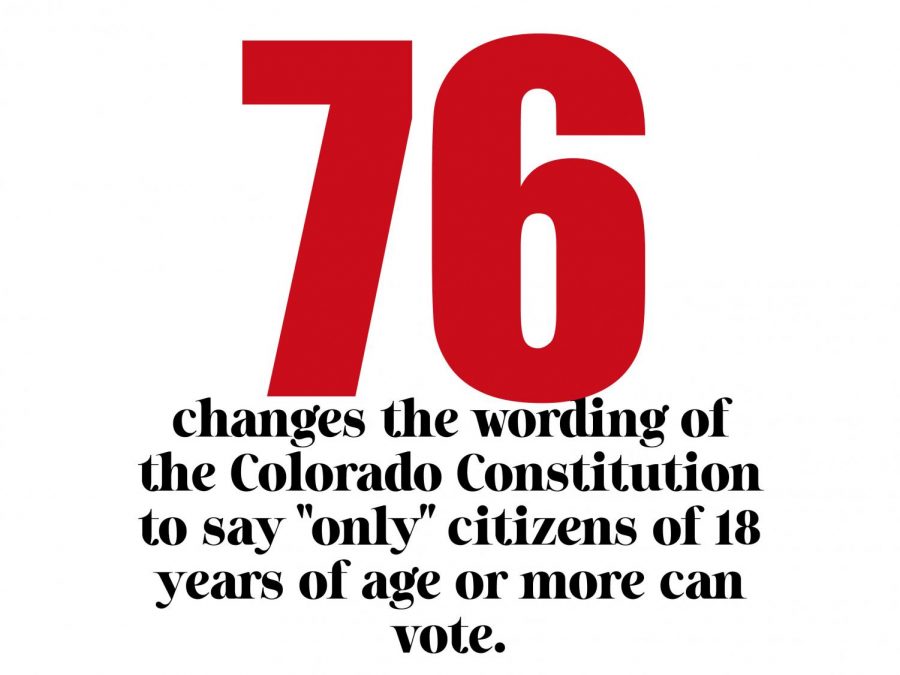 Amendment 76 changes the wording of the CO Constitution to say “only” citizens of 18 years of age or more can vote.

Amendment 76: Change the wording of the Colorado Constitution from stating that “every” citizen to “only” citizens of 18 years of age or more can vote

WHAT A VOTE “YES” MEANS: Voting YES allows for the Colorado state government to change the wording in the Constitution to specifically state that “only” those who are U.S. citizens can vote and not that “every” U.S. citizen can vote.

EXPLANATION: Only U.S. citizens should be allowed to vote and wish for the Colorado Constitution to imply that directly so, and passing this amendment ensures that (Ballotpedia).

WHAT A VOTE “NO” MEANS: Voting NO makes it so that the Colorado state government cannot amend the Colorado Constitution language.

EXPLANATION: Non-citizens of the U.S. should have a right to vote in state-level elections or that the change in language is trying to fix a problem that doesn’t exist and that the change will discourage some voters from voting (Ballotpedia).

“I don’t think it should be passed because it doesn’t allow every citizen who had the possibility [to] or will be voting at a certain time to be able to vote in elections like the primary,” Jacob Aragon ’21 said.