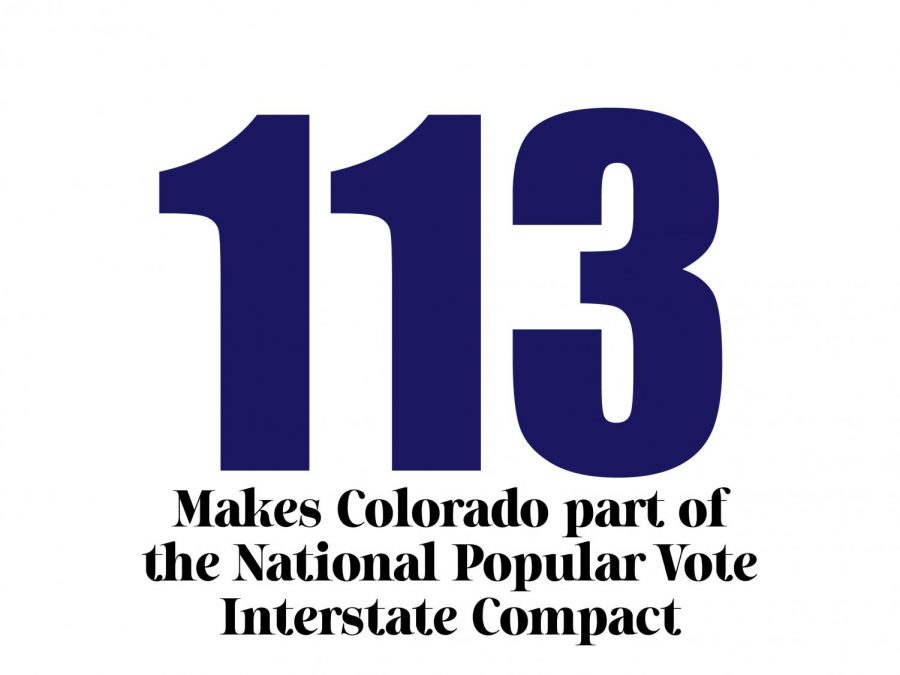 EXPLANATION: Colorado’s electoral college votes represent the nation as a whole and not just the citizens of Colorado (Ballotpedia).

“I believe the winner of the popular vote should receive our electoral votes because I believe that citizen voice should be represented in our government,” Savannah Brassell ‘21 said.

EXPLANATION: Passing this proposition could take away voter incentive in Colorado (thus affecting the outcome of the national popular vote), and it would mean that politicians would not campaign as heavily in Colorado, as the electoral college votes are what determine who wins the presidency (Ballotpedia).

“[Passing Proposition 113] would mean that our electoral votes would be worth less, and the results in other states would determine what would happen with our votes. Only if every state agreed to give their electoral votes to the winner of the popular vote would I say that would be a good idea,” Rory Bartlett ‘21 said.