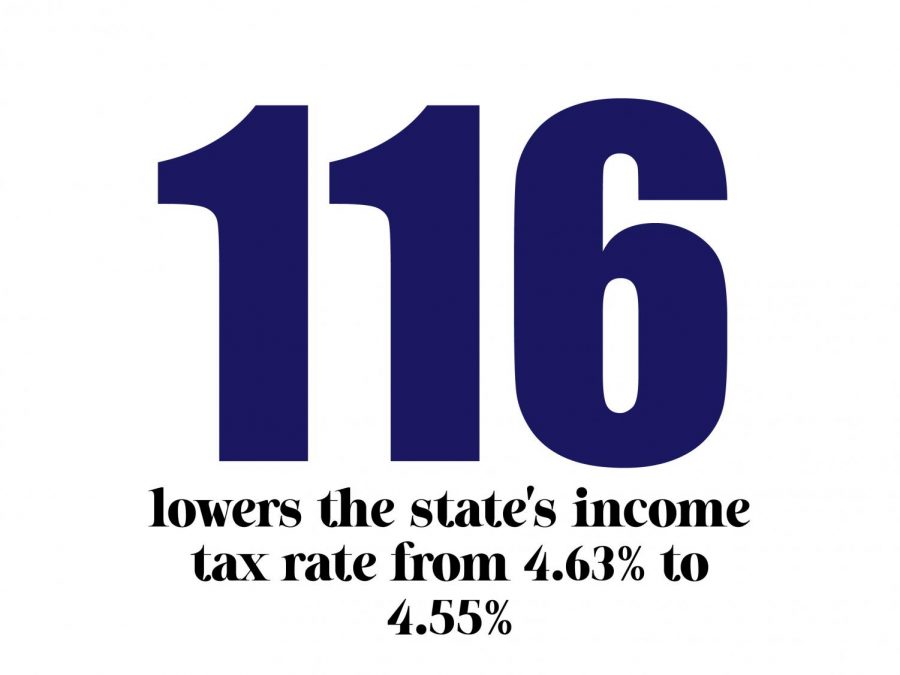 BACKGROUND: Colorado’s current income tax is 4.63%, and its state government budget has been increasing over the last few years (Ballotpedia).

WHAT A VOTE “YES” MEANS: Voting YES will cut income taxes, which according to the Blue Book, will allow taxpayers to keep more of their money (Ballotpedia).

EXPLANATION: It will make taxpayers more comfortable spending it and putting it back into circulation to help the economy that is currently suffering (Ballotpedia).

WHAT A VOTE “NO” MEANS: Voting NO will keep Colorado’s income tax rate at 4.63%.

EXPLANATION: Keeping increased state taxes ensures the funding for government entities remains at higher rates; education and health industries will continue to be supported at the level they are. However, it also means that in the current, nation-wide economic struggle, taxpayers have less money to put back into circulation (Ballotpedia). Pulling their money out of circulation in the form of state income tax would redistribute it to state-funded establishments. According to Ballotpedia, because of the economic crisis, cuts to the funding of these government programs have already been made, and reducing state income taxes would further hurt the funding toward these establishments. Also according to Ballotpedia, this tax cut would benefit the wealthy taxpayers more than the other 75% of taxpayers who do not make as much annual income.