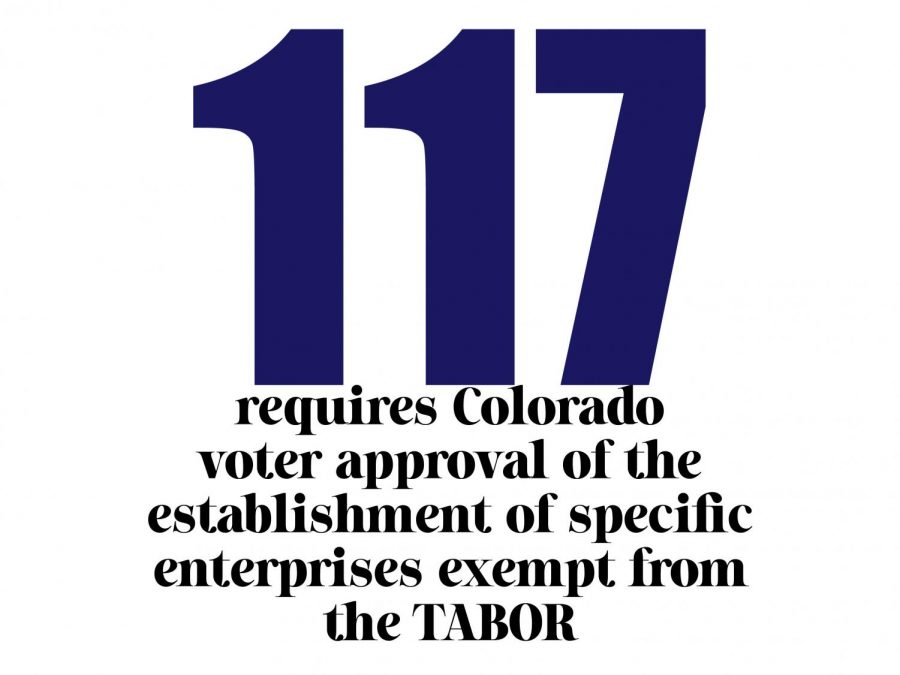 BACKGROUND: The Colorado Taxpayer’s Bill of Rights (TABOR) does not cover enterprises. The TABOR sets guidelines for the interaction and communication between Colorado’s government and residents regarding monetary issues and establishes rules such as that Colorado taxpayers have to vote to approve an increase in state taxes (Ballotpedia). The TABOR, however, does not include enterprises, which make profit from those who directly utilize their goods or services and although are government-owned are not paid for through resident taxes. The Colorado state government, however, has started to collect fees to help fund enterprises. This has been seen as indirectly collecting taxes to fund these government entities (Ballotpedia).

WHAT A VOTE “YES” MEANS: Voting YES would establish the requirement of a state-wide vote as to whether or not an enterprise estimated to have a total revenue of more than $100 million within its first five fiscal years should be established. Because the money from enterprise revenue goes to the government, residents would be able to vote whether or not to support such businesses (Ballotpedia).

EXPLANATION: This would help protect the balance of power between the state government and state citizens and ensure Colorado residents have a say in how much money they contribute to the government.

WHAT A VOTE “NO” MEANS: Voting NO would allow for enterprises predicted to make $100 million or more in their first five fiscal years to be established without voter approval.

If this proposition is approved, it could mean the government has to fund the enterprises that would otherwise be funded by fees by an increase in state taxes or that the government doesn’t offer the service attached to the enterprise. (Ballotpedia). Part of TABOR sets a limit as to how much money Colorado can take in and spend in a year. If the amount of money the government receives in a year exceeds this amount, TABOR establishes that citizens have to vote on whether to let the government use that money or whether they wish to be refunded; if the more-lucrative enterprises are not allowed to exist, this extra funding that would go back to taxpayers or go to government-owned entities such as schools, roads, etc. could be reduced (Ballotpedia).